TPiCS 4.1 is newly introduced in Thailand to the popular production control system TPiCS in Japan to realize “fast/cheap/responsive to demand fluctuation but stable production”. 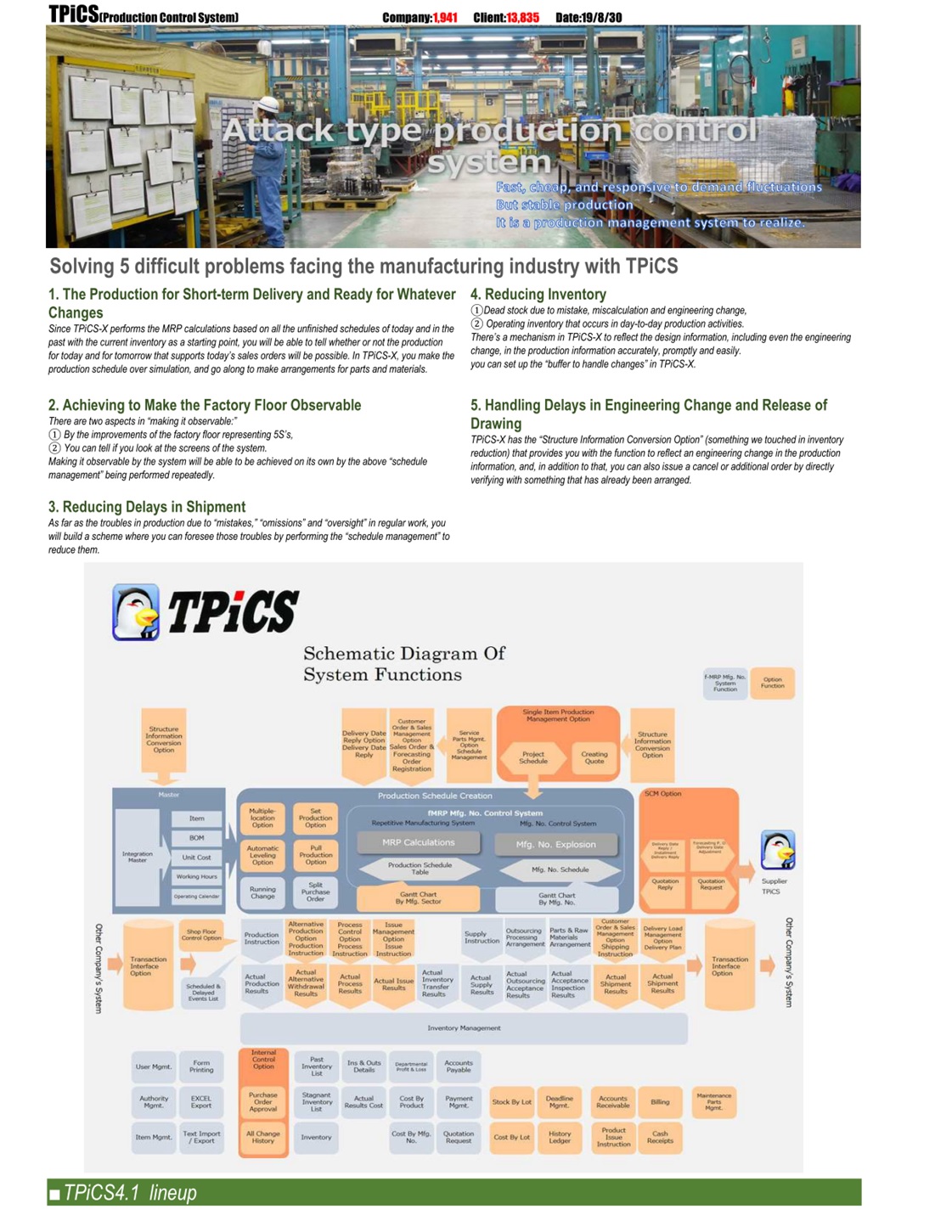 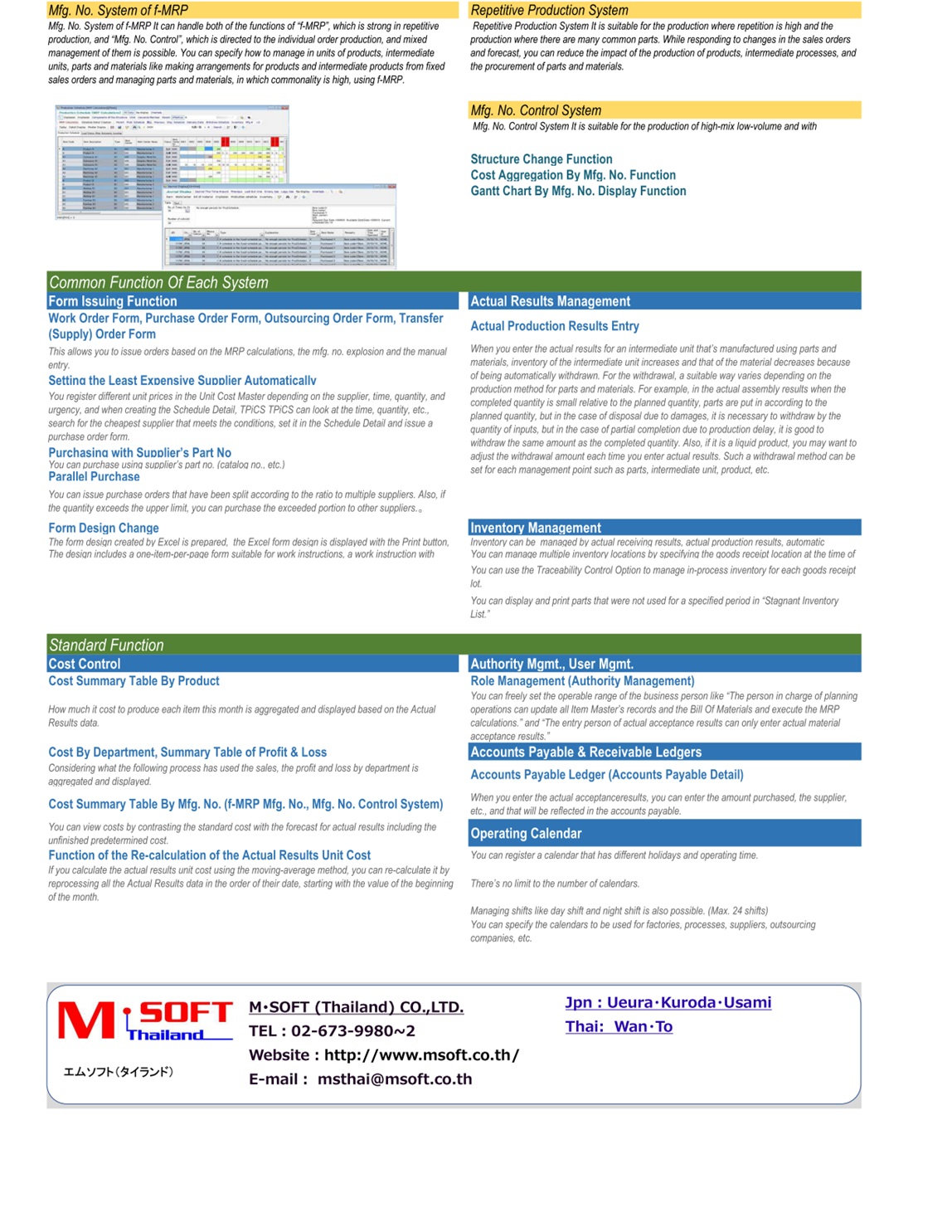 ■ “Configuration information conversion option” for efficiently importing design information into the production control system, “One item production option” for facilitating arrangements from mastering of individual orders in the field of industrial machinery and plants, In addition to planners, on-site personnel and backyard managers, such as the “start signal option” that improves work efficiency and the “control chart” that enables you to visualize and understand and analyze production status and problems. It can be used by various people such as people.

[Over 296 overseas achievements]
■ English, Chinese, and Vietnamese versions are available, so you can use it safely overseas.
■We also make inquiries and collaborate with local system companies upon request.

[Calculation of f-MRP requirement]
■This function realizes “fast, cheap, responsive, but stable production”, assuming that there is some repeatability.

[Order/sales control option]
■Register orders and link them seamlessly to production plans. Since product planning and production number planning data can be generated automatically, it is possible to omit the input of these data.

[Department Gantt chart option]
■ You can display the Gantt chart in which the details are aggregated for each department based on the production plan established by the requirement calculation and manufacturing numbers.
You can move the plan to other departments by dragging and dropping on the Gantt chart, adjust the plan back and forth, divide the plan, and adjust the quantity.

TPiCS is not the only thing that is cheap.

1 Fast and cheap, good response to demand fluctuations
2 However, stable production is possible.

But the purpose of TPiCS.
Instead of being caught up in the traditional way and way of thinking, rethink from the fundamentals of making things,